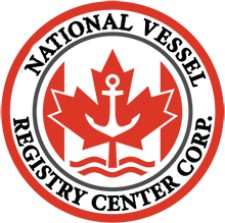 TORONTO, May 22, 2019 (Newswire.com) - The National Vessel Registry Corp., a federal boat registration company located in Canada, strongly urges boaters to be as safe as possible when on the water during the summer months. A recent study showed that while “drowning deaths occur in every month of the year, the majority occur during the warmest months.”

According to a company spokesperson, “There’s nothing like taking a boat out on the water with your friends or family in the summer months. When you’re out of school, off of work, on vacation, it can make for the kind of memories that last a lifetime. It’s important to make safety the focus at all times. That means having a personal flotation device for everyone on board as well as several other important safety considerations.”

The National Vessel Registry Corp. has helped thousands of people with their application for the vessel registry and other forms of boat documentation.

For more information about water safety, importing a vessel into Canada, or to make a press inquiry, contact the National Vessel Registry Corp. at (800) 419-9569.